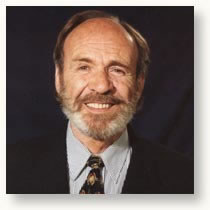 Philosopher and author Sydney Banks has found something so profound that it is dramatically impacting our world. Psychologists, psychiatrists, therapists, teachers, police officers, and countless other individuals are experiencing powerful insights and beautiful changes in their lives, simply from reading or hearing his words.

As a result, these professionals, as well as lay people worldwide, have been able to help those struggling with some of society’s worst problems; guiding them towards self-reliance and peace of mind. Thousands of people, including many in jails, prisons and drug rehabilitation programs, are finding new hope, happiness and success.

Noted psychologist, Dr. Keith Blevens, put this into an historic perspective when he wrote:

William James, widely regarded as the father of psychology and its greatest writer and thinker, published his seminal work, The Principles of Psychology, in 1890. He compared the state of psychology as a science to that of physics before Galileo. James regarded his own brilliant work as exploratory but provisional. His expressed hope was that the field would eventually discover causal laws that would make possible the prediction and control of mental life.

He asserted that “such knowledge, realized on a large scale, would be an achievement compared with which the control of the rest of physical nature would be relatively insignificant” (Morris, 1950). These causal laws, these principles, are precisely what Syd Banks has somehow come to know.

Mr. Banks not only discovered these principles, he has also effectively shared this understanding with people in many walks of life, some of whom, like myself, were psychologists. But something else has happened that even William James could not have foreseen. This more-than-intellectual-understanding, as it started to come alive in others, awakened in them new and evolving levels of simple but pure presence of mind, of mental health. And for that we all will be forever grateful.

His books, DVD’s and CD’s take you on a mystical journey into the unknown, a magical world full of interest and intrigue, where the impossible becomes reality and the hopeless find hope.